The association was founded in December 2017 by seven founding members:

The association was born historically from a project of ephemeral installations of contemporary art in the Old Lyon within the framework of the Lyon Biennale 2017, carried out by a group of people from the neighborhood council “Quartiers Anciens” (the Old Lyon), with the support of the MAPRAA (Maison des Arts Plastiques et visuels Auvergne-Rhône-Alpes) and the artistic direction of the Biennale 2017.

The purpose of the association is non-profit and of general interest.

The association may receive donations that are deductible from corporate or personal income tax.

The association’s aim is to organize and promote contemporary artistic creation events of all types highlighting the heritage of Old Lyon, historic site of Lyon that is a UNESCO World Heritage Site and has an exceptional heritage.

In addition, the association participates in the dissemination and awareness of the culture of contemporary art in all its forms and expressions, among the inhabitants and schools, as well as the actors of the historic site of Lyon.

THE ASSOCIATION:
To bring together the Arts and Heritage of the Old Lyon
To bring together the Arts and the Place, the Heritage:
“Art makes it possible to reactivate the place, to densify it, to understand the place, to disturb and clarify the place”
Ernest Pignon-Ernest, interview, Le Monde newspaper, 16-17 June 2019, in french
“My work is a quest to re-inscribe human history in places”
Ernest Pignon-Ernest, a reference, a pioneer of urban art in France,
Art Interview, YouTube 26 September 2018, in french 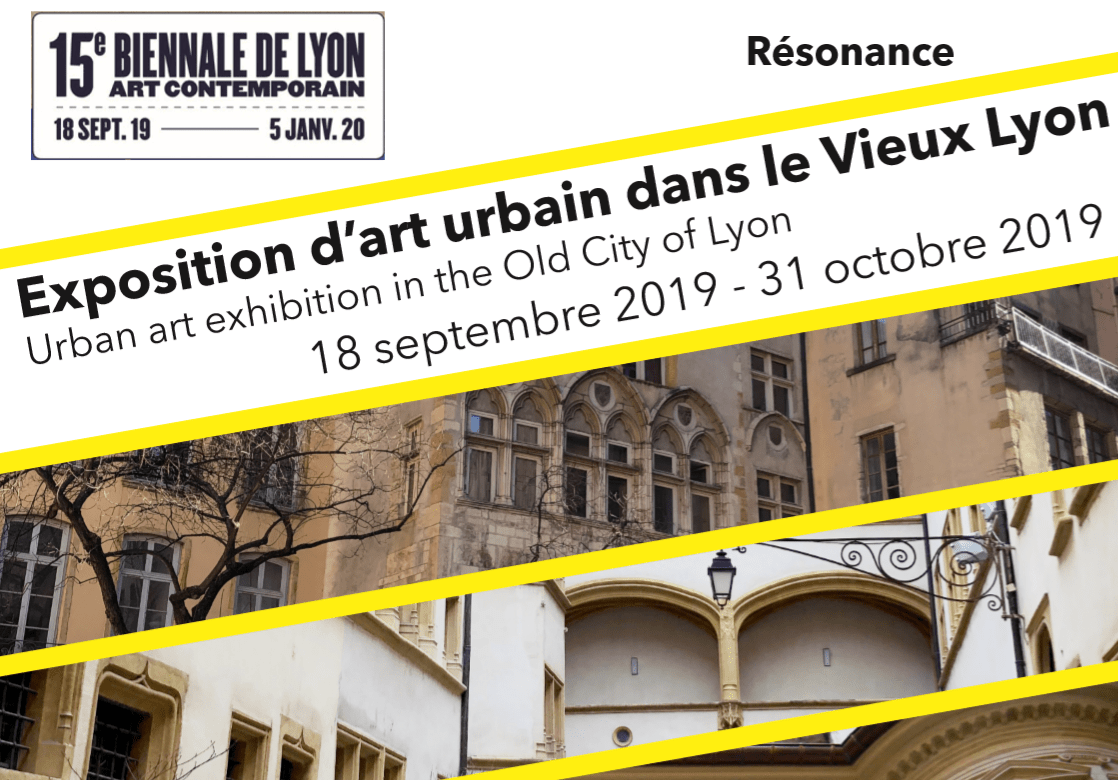 TO LEARN MORE ABOUT THE OLD LYON HERITAGE

The historic site of Lyon has been added to the UNESCO World Heritage List of cultural and natural sites on December 2nd, 1998.

UNESCO seeks to encourage the identification, protection, and preservation of cultural and natural heritage around the world considered to be of outstanding value for humanity. This is embodied in the Convention concerning the Protection of the World Cultural and Natural Heritage, adopted by UNESCO in 1972.

The association Renaissance Vieux-Lyon played a key role in the inscription of the Historic Site of Lyon on the UNESCO World Heritage List in 1998.

The patrimoine-lyon.org website contains a detailed description of the heritage of the UNESCO sector in Lyon.

As well as seven guided tours of the UNESCO sector in Lyon, including a detailed heritage tour of the Old Lyon (Saint-Paul, Saint-Jean, and Saint-Georges districts) and Fourvière.

Google Arts & Culture contains for LYON, access to visits to the Old Lyon and Fourvière in the UNESCO sector of Lyon, as well as access to exhibitions at the Lyon Museum of Fine Arts, the Musée des Confluences of Lyon, the Museum of Contemporary Art, and the Lyon Contemporary Art Biennale.

This website uses cookies to improve your experience while you navigate through the website. Out of these cookies, the cookies that are categorized as necessary are stored on your browser as they are as essential for the working of basic functionalities of the website. We also use third-party cookies that help us analyze and understand how you use this website. These cookies will be stored in your browser only with your consent. You also have the option to opt-out of these cookies. But opting out of some of these cookies may have an effect on your browsing experience.
Necessary Always Enabled
Necessary cookies are absolutely essential for the website to function properly. This category only includes cookies that ensures basic functionalities and security features of the website. These cookies do not store any personal information.
Non-necessary
Any cookies that may not be particularly necessary for the website to function and is used specifically to collect user personal data via analytics, ads, other embedded contents are termed as non-necessary cookies. It is mandatory to procure user consent prior to running these cookies on your website.
SAVE & ACCEPT