The urban art exhibition in the Old Lyon aims to bring together contemporary art and heritage of the historical site of Lyon, added to the UNESCO’s World Heritage List, on the occasion of and in resonance with the Lyon 2019 Biennale of Contemporary Art.

It is organized by the association Art et Patrimoine Vieux-Lyon, in collaboration with the Lyon Biennale, the Slika Gallery (Lyon 2nd district) and the MAPRAA (Lyon 1st district), with the financial support of the City of Lyon and private partners in the Old Lyon:
– Rocambole Cafe and Illustre Wine Bar
– TETEDOIE Restaurant
– Bouchon Rouge Restaurant
– The Maison du Guignol and the Boutique du Petit Musée de Guignol

IN SITU EXHIBITION IN TWO LOCATIONS: 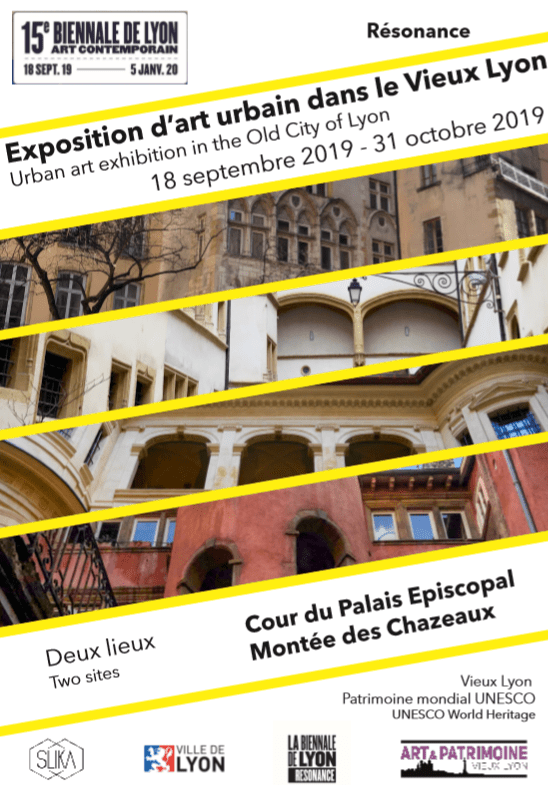 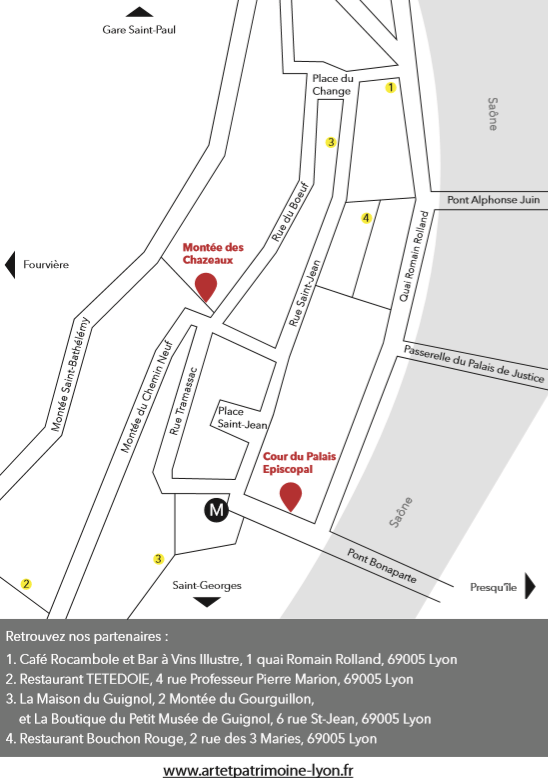 –  Steph Cop  made his mark in the heart of the capital city of Paris. He quickly became one of the undeniable pioneers of graffiti. Gradually, he entered the world of the “Designer Toy”: he gave birth to the character ARO (Analyze Reflex Obsessional), shaped in wood. Equipped with a heavy chainsaw, the artist carves his pieces from trees steeped in history, plays with the imperfections of the wood, in search of the purity, to sculpt majestic pieces.
The ARO « Analyze Reflex Obsessional » /Wooden ARO:
The final figure in a series of six figurines, the encounter between the machine and nature gave birth to the Wooden ARO. ARO, which means Analyze Reflex Obsessional, is materialized in century-old trees that fell in the middle of Morvan Park and were carved with chainsaws. Each new piece takes the time to be designed according to the artist’s emotions.

The ARO, which sits in the center of the courtyard of the St-Jean Episcopal Palace in the Old City of Lyon, in the context of the 2019 Lyon Biennale, is 3 meters high and has been sleeping in its natural habitat since 2014.

–  Eltono  grew up in the Paris region. He started to paint on the street, on railways or highways. Fascinated by urban dynamics, he imagines a series of experimental actions (wall paintings, installations, performances or sculptures) that play with the whims and unexpected events of the street. His work as an artist is built around two major axes: the study of the boundary between public and private space and the difficulty of exhibiting in closed exhibition spaces. In this way, he seeks to make the observer reflect on his role in the city, his place in his own environment.

In the context of the 2019 Lyon Biennale, Eltono creates a fresco of urban art on the Montée des Chazeaux in the Old City of Lyon. 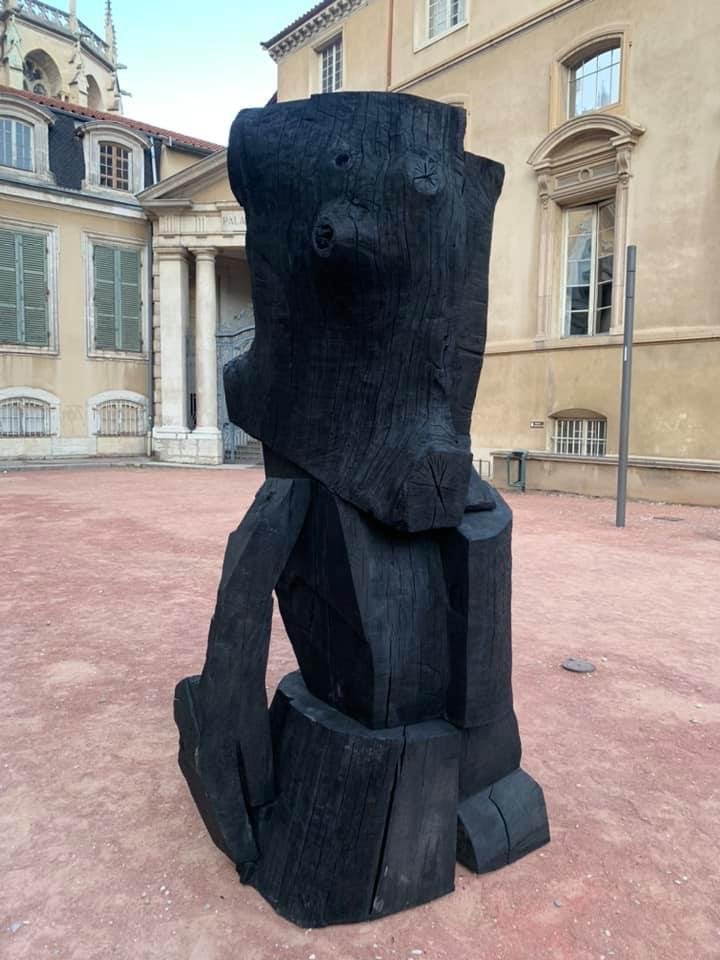 TO LEARN MORE ON THE 15TH EDITION OF LYON 2019 BIENNALE OF CONTEMPORARY ART:

Any cookies that may not be particularly necessary for the website to function and is used specifically to collect user personal data via analytics, ads, other embedded contents are termed as non-necessary cookies. It is mandatory to procure user consent prior to running these cookies on your website.