The City of Lyon Citizens of Heritage
Grand Prix 2020, awarded on 18-02-2020:
“Rendez-vous with Contemporary Art and the Heritage of the Old Lyon, 2018-2019”
Project conducted with the Fulchiron and Gerson elementary schools of the Old Lyon

The City of Lyon Citizens of Heritage Grand Prix 2020, which was awarded to the neighborhood council “Quartiers Anciens” for the project conducted with the two elementary schools Fulchiron and Gerson of the Old Lyon during the school year 2018-2019, was presented to Roger Guir, project leader, on behalf of the neighborhood council, at the Lyon City Hall on 18-02-2020 ceremony.

This prize rewards the quality of the 21 artistic creations of the pupils of three classes of Year 5 and 6, in relation to the enhancement of the cultural heritage of the Old Lyon, their living environment, as well as the action of transmitting the importance of the heritage to the younger generations, and the initiative of disseminating and exhibiting the works of the pupils to the inhabitants and visitors of the Old Lyon.

A ceremony to share the Citizens of Heritage Grand Prix 2020 Trophy with the two elementary schools that participated in the project, was held on 12-03-2020 at the Gerson school, in the presence of:

– the Principal of Gerson School and pupils who participated in the project,

– the Deputy Mayor of Lyon in charge of Heritage,

– the artist Erutti who accompanied the students throughout the project,

– and the neighborhood council “Quartiers Anciens”. 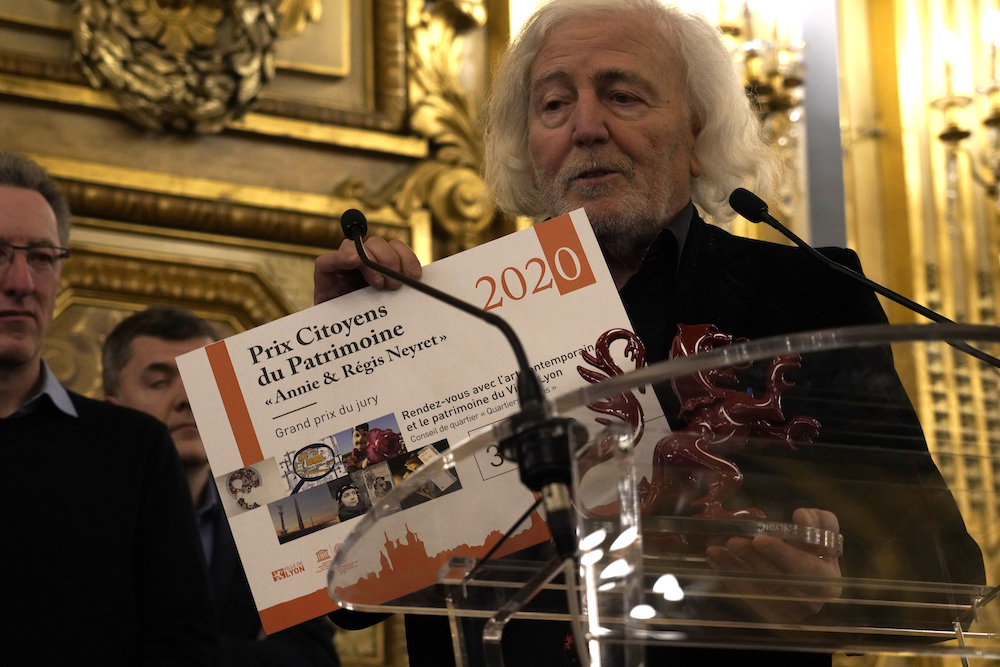 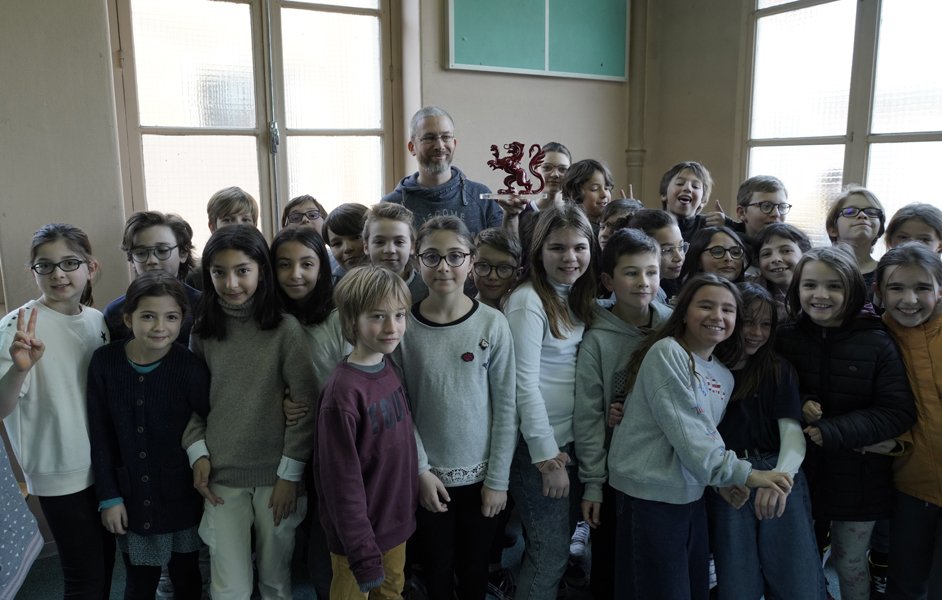 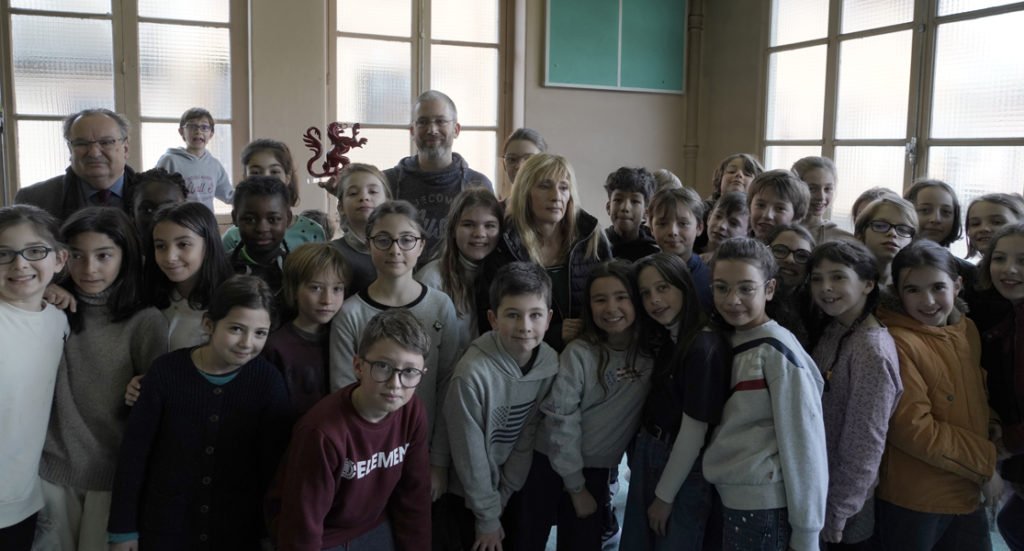 The Principal of the Gerson School (B. Armand), the artist Erutti, and the Deputy Mayor of Lyon in charge of Heritage (J-D. Durand), with the pupils who participated in the “Rendez-Vous with Contemporary Art and the Heritage of the Old Lyon 2018-2019” project, during the March 13, 2020 trophy sharing ceremony.
We use cookies to ensure the best experience on our website. By continuing to browse this site, you authorize us to use cookies.Ok
Privacy & Cookies Policy

Any cookies that may not be particularly necessary for the website to function and is used specifically to collect user personal data via analytics, ads, other embedded contents are termed as non-necessary cookies. It is mandatory to procure user consent prior to running these cookies on your website.